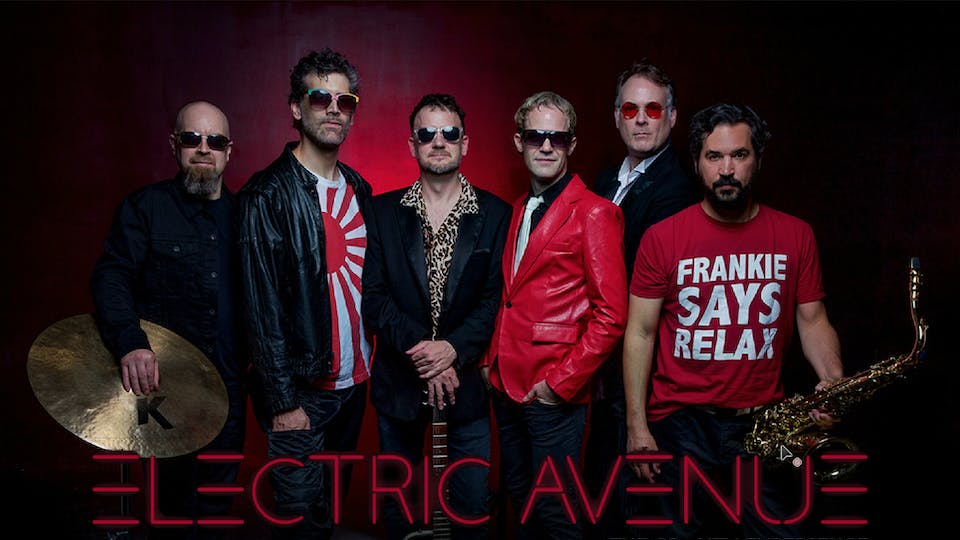 iCal
Google
Electric Avenue - The 80s MTV Experience will be performing at Iron City on December 21 2019. Come get your 80's on!

Barring the invention of time travel, Electric Avenue is, hands down, the most accurate and exciting 80’s Pop Tribute you’re going to find anywhere this side of 1988. A high-definition snapshot of an era when vintage synthesizers and drum machines were at the top of the food chain, a thing called Radio.

Having been invited to share stages from Los Angeles to Tampa, Bahamas to Jamaica, by the likes of Pat Benatar, Kid Rock, Bobby Kimball (Toto), Jimmy Kimmel and Adam Carolla, and at sea on the Walking Dead Cast Cruise, Kid Rocks ‘lucky 7th Annual’ Chillin The Most Cruise, The Pitbull Cruise and the Gronk Cruise with Rob Gronkowski (New England Patriots). They were also bestowed the honor of being the final band to ever perform at Turner Field. A private show for the Atlanta Braves and their Game Day Staff is not something this band takes lightly, let alone being allowed to run the bases! Awesome.

Unless you have a DeLorean with a fully charged Flux Capacitor, you’re not going to find a more authentic 80’s Pop Tribute in the known universe.

The band is also able to perform music sets of Prince, George Michael and David Bowie.